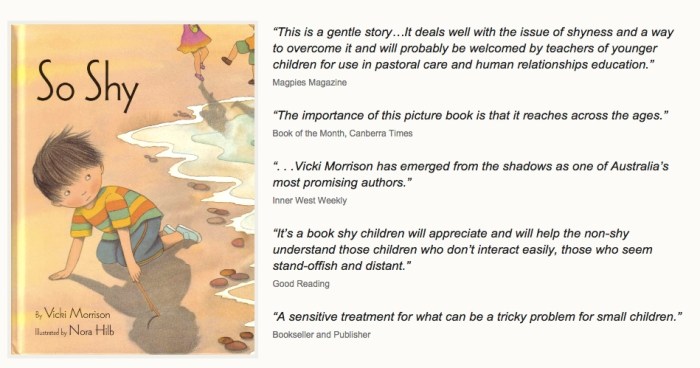 Book Overview
Jake is so shy that he cannot play with other children. His only companion is his shadow, but shadows can’t talk so Jake is lonely. Then one day Jake forgets that he’s shy, bravely helps a young girl and a new friendship begins.
The large, bright, active pictures show Jake on the edge of fun, his silent silhouette always there nodding in agreement or racing by his side.

This is a story about learning to believe in yourself and seeing that all things are possible.

Awards: ‘So Shy’ is recognised as a leading children’s book and awarded acceptance into the Australia’s Premier’s Reading Challenge booklist, K-2.